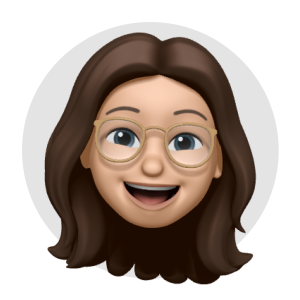 How Does VoIP Work? A Simple Guide

The introduction of the VoIP phone system has been the biggest change in telephone systems in the last 112 years. Nowadays, it’s a technology that we’re all very familiar with – apps like Whatsapp utilise VoIP. But, how exactly does it work? This post is going to explain that as well as its benefits for businesses…

What Does VoIP Stand For?

VoIP stands for Voice over Internet Protocol. Head to our telecoms glossary to find out more acronyms for other terms commonly used in the industry.

How Does VoIP Work?

A VoIP phone system works using internet phone lines (instead of Analogue or Digital lines). The system itself is hosted in the cloud rather than located physically on your premises. VoIP converts your voice into a digital signal, compresses it, and sends it over the internet.

01. You make or receive a call on a VoIP device

02. The audio from the call is broken down into packets (a packet is a unit of data)

03. These packets are sent over the internet and routed to the other party on the call

04. The packets are then reassembled in order and heard on the call as audio.

Because of the nature of VoIP phones, they do rely on a solid internet connection to work. Should your broadband drop for any reason, so will your phone system. Here at Yo Telecom, we guarantee 100% WiFi coverage as well as fast, reliable speeds.

What Are The Benefits Of VoIP?

+ Can Be Cheaper Than Other Options

For those just starting out or on a tighter budget, a VoIP system can be a better option. Why? Calls themselves tend to be cheaper (UK Calls are free), and there is less hardware to be paid for upfront. Linked to this, there are also lower or no maintenance fees involved, this is because any updates happen automatically in the cloud. There are no new bulky pieces of hardware to pay for.

Despite being a more affordable option, a VoIP phone system can still be feature-rich. Features available with a Yo Telecom VoIP Phone System include voicemail to email, missed call tracking, on-hold marketing, call recording and call transfer. When compared to traditional business telephones, VoIP phones still carry a large number of advanced features.

Over the next few years, more and more of the BT Switch Off will be occurring. Simply put, BT is shutting off their traditional phone lines (ISDN and PSTN). This means any business with a phone system that relies on these will need to replace it over the coming years. VoIP phones are BT Switch Off ready as they do not use these, they simply use the internet. Opting for a VoIP phone ahead of the Switch Off means that your business is already set up and ready to go.

So, there we have it, a look into how VoIP works. It’s a technology that we all often use without even realising, and one that we’re only going to see more and more of over the coming years…

Considering VoIP For Your Business?

Wondering whether VoIP is suitable for your business? Enter your details in the form below and one of our communication consultants will be in touch to discuss your options.

Compare your options, drop your details in the form for a free quote today!

Get A Free Quote

Want more content like this? Keep up to date with the latest industry insights, just enter your email below to opt in.

The BT Switch Off – Everything you Need to Know!

In order to modernise and improve the UK’s telecoms offerings, BT is in the process of switching off their traditional phone lines (both PSTN and ISDN). This is a vast project spanning years and is set to be complete by...
Author: Becca Martin

How Does VoIP Work? A Simple Guide

The introduction of the VoIP phone system has been the biggest change in telephone systems in the last 112 years. Nowadays, it’s a technology that we’re all very familiar with – apps like Whatsapp utilise VoIP. But, how exactly does...
Author: Becca Martin

What Is The Best Phone System for Small Businesses in 2021?

So, you’re in the market for a new phone system for your business… With many different providers, handsets, features, and plans available to choose from, knowing where to start and what to choose can be a bit of a minefield....
Author: Becca Martin

What is the Best WiFi System for Large Offices?

With all of the things to consider when running a business, a poor internet connection should be the least of your worries. A recent survey found that businesses waste an average of 7 hours (one working day) a month due...
Author: Becca Martin

7 Ways to Improve Caller Experience at your Dental Practice

Looking to enhance the customer service at your Dental Practice? This post is going to outline 7 things that your company can do to improve your caller experience when patients call your practice…  7 Ways to Improve Caller Experience at...
Author: Becca Martin

How To: Get More Google Reviews

Getting your company name out there is often a lot more difficult than it initially sounds. Paying for Facebook ads is one way, and encouraging people to share your business is another. But, what if there was a way to...
Author: Becca Martin

Receive our latest news and offers directly to your inbox!

Receive our latest news and offers directly to your inbox!

Submit your details below and a member of our team will be in touch with you shortly to discuss your opinions!

Let Us Know Your Industry

we will call to discuss your options

Get a free quote